‘Keeping Secrets: The Church of England and Shame’ in Letters to a Broken Church Ekklesia, 2019. 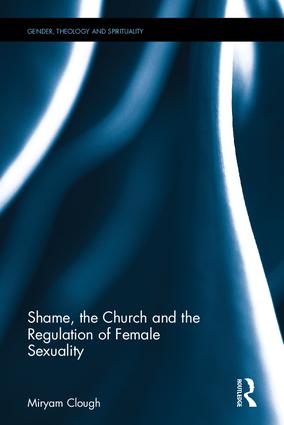 Shame, the Church and the Regulation of Female Sexuality Routledge, 2017.

Shame strikes at the heart of human individuals rupturing relationships, extinguishing joy and, at times, provoking conflict and violence. This book explores the idea that shame has historically been, and continues to be, used by an oftentimes patriarchal Christian Church as a mechanism to control and regulate female sexuality and to displace men’s ambivalence about sex.

‘Shame, the Church and the Regulation of Female Sexuality’ is reviewed here.

Recognising the signs of carer burnout May 2018

Being sensitive to people with dementia April 2018

The importance of caring for dementia carers December 2017

Is there a place for dolls in dementia care? August 2017

First delivered at the Trinity College Bristol, Post-graduate Research Conference, 20 June 2013, this paper presents a discussion of Christian concepts of atonement and their relevance to wrongdoing, with particular reference to Ireland’s Magdalen Laundries.

Abstract: ‘Wrongdoing does not remain isolated in time’ (Radzik 2009: 4). In February 2013 the McAleese Report confirmed that more than 11,000 women and girls were incarcerated in Ireland’s Magdalen laundries between 1922 and 1996. These women were arguably the scapegoats of Ireland’s national shame as it struggled to develop its identity as a morally pure state following independence, of familial shame as communities fought to hide abuse and illegitimacy, and of male shame, as men (lay and clerical) sought to have their cake and eat it. What does ‘atonement’ – a concept that embodies connection and integration (at-one-ment) mean in the context of shame – a state that signifies rupture, separation and isolation? This paper will explore the role of shame in the dis-integration of relationships and lives and ask whether the Christian concept of atonement can be utilized to put this right. In a moral climate where past abuses in church-run (as well as secular) institutions are increasingly coming to light, what value does atonement have to the way we respond to the on-going reverberations of shaming and shameful wrongdoing?

A reflection on compassionate care that advocates a whole systems approach, starting with managers and budget holders.

Managing shame in the consulting room The Homeopath Autumn 2012 31:2

Abstract: This paper aims to foreground shame as the most commonly felt, but equally commonly unexpressed and unrecognised emotion in the therapeutic setting and to outline the importance of managing shame with sensitivity. It is hoped that by learning to recognise shame in the consulting room we might find ways of enabling our patients to feel safe to share their shame stories and through doing so find these stories respected and transformed.

Abstract: This paper proposes that shame is a powerful, underlying force in organisational dynamics; that it affects individual motivation and performance as well as organisational cohesiveness, and impacts strongly on interpersonal relationships and the way that organisations are perceived both internally and in the public arena. Shame is highlighted as a cause of bullying and scapegoating in organisations. The paper concludes by exploring the implications of shame theory for leadership, suggesting that an awareness of shame transactions at all levels of organisational life may help leaders to manage these interpersonal spaces more effectively.

A study of the pathophysiology of this acute auto-immune illness, looking at conventional management and homeopathic treatment.